OF.1.103 can be difficult to see. The dent in the oval line above P can be indistinct and on used stamps could be covered by the cancel.

I have two stamps from printing 6 which I believe to be pos 74 with OF.1.103. Both have a white spot under the N of Danmark. The dent in the oval line is visible. 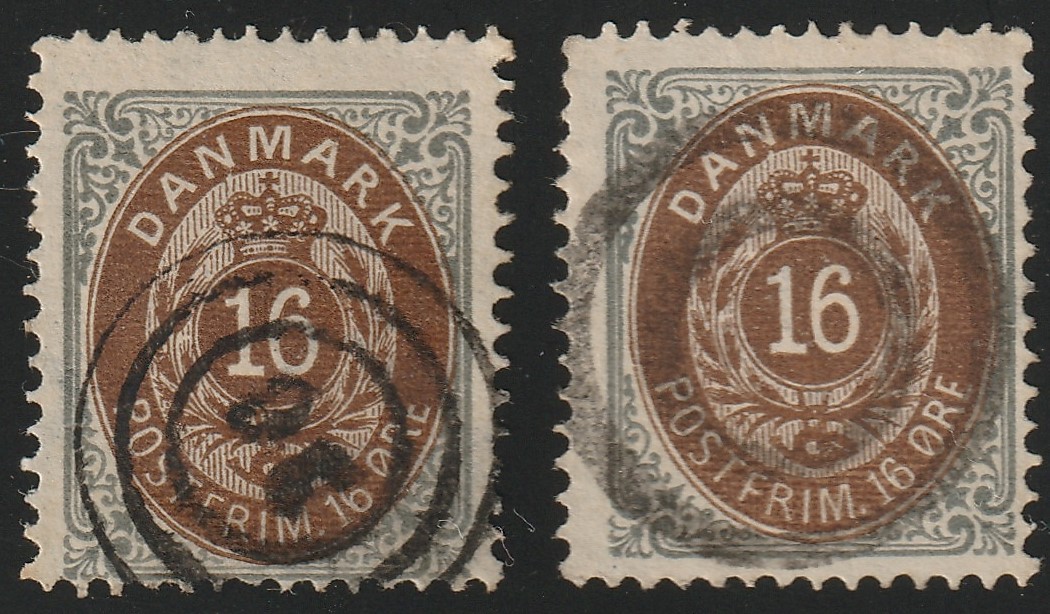 The same spot can also be seen on the whole sheet. The dent is, however not visible on this stamp.

The white spot under N is not seen in the whole sheet of printing 5 (pos 39). I don't know if it goes through all of printing 6. Does anyone have an example of pos 74 without the white spot?

OF.1.103 has not been placed in printing 7 or printing 8 according to Tofdata 8.04. Is it possible that the white spot under N can be found in either of these prints, allowing a placement of OF.1.103? Unfortunately, there are no whole sheets available for inspection.